Psychohistory is an interdisciplinary science that combines sociology and mathematics with the goal to predict future events in large societies. The theory is inspired by the emergence of gas from billions of atoms, and similar amounts are considered when the first axiom talks about sufficiently large populations. The real world would face challenges related to three main areas – scale, limits of current knowledge, and ethics. We can’t describe mechanisms underlying changes in societies mathematically with the required level of precision. We just don’t understand them well enough. Yet.

Disclaimer: I will focus only on the concept of psychohistory and ignore all the specific events in the books to avoid spoilers.

Wouldn’t it be fun to know what will happen to humans 300 years from now? For example, will people play more or fewer video games? Will the production of toilet paper be more optimized for unexpected events?

Foundation is a series of science fiction books, and Psychohistory is a fictional science in the Foundation universe. It combines sociology and mathematics with the goal to predict future events in large societies. The series spans hundreds of years, and the idea of psychohistory develops further during this time. Without spoiling anything, let’s have a look at all of the axioms of psychohistory.

Depending on your educational background, you may have already picked up some craziness. What is a sufficiently large population? What if you predict something terrible? Wouldn’t it be better to share such a prediction? In the real world, psychohistory would face challenges related to three main areas – scale, limits of current knowledge, and ethics.

The Issue of Scale

There are physical challenges regarding the number of population members and, of course, the enormous time scale. The theory is inspired by the emergence of gas from billions of atoms, and similar amounts are considered when the first axiom talks about sufficiently large populations. As you might guess, one Earth cannot hold so many people, and we don’t have the technology to travel and live on different planets.

We can’t describe mechanisms underlying changes in societies mathematically with the required level of precision. We just don’t understand them well enough. Some would argue that we will never understand societal patterns enough because, unlike physical systems, social sciences need to deal with more uncertainty. However, some of that uncertainty could be understood with relevant data.

Imagine a future where we spend a significant amount of time in a virtual environment, and our activity could be tracked. Wait, you don’t need to imagine it. How much does Google or Facebook know about you?

This is also a question of consumer privacy. Do we want the data to be collected? This brings us to the last issue.

Hiding information about dangers sounds unethical, but there can be a situation when it’s justified to take such a risk. For instance, when you need to collect evidence to prove wrongdoing.

Besides, I reckon it’s unlikely that any future iteration of our society would allow a group of scientists to cover disastrous predictions and deceive the public.

Science is about openness.

Additionally, you can make a prediction and share it with people, but they must believe it to change their behaviour. How many people still doubt the existence of climate change or even Covid-19?

Depending on who you ask, you can get quite different answers. However, considering the points raised above, the short answer is no; as described by Asimov, psychohistory is not possible.

Can we at least predict events in societies in the next 50 or 100 years? Even though many social scientists would disagree, I think the answer is “Maybe”. The amount of relevant data is growing every day.

As is our knowledge of societies and their development and patterns of their evolution. For example, weather forecasting wasn’t always as accurate as it is now. It was better models and data integration that led to the current success. With focused efforts, social sciences could try to do the same.

As all of the original Foundation stories were written when computers weren’t in everyone’s pocket, how exactly psychohistory works is not evident. For the sake of the comparison, I will assume that psychohistory is a combination of mathematical modelling and currently unavailable social science research.

Mathematical modelling is when you develop a theoretical understanding of how something works and then translate that into the mathematical formulation.

This then allows you to simulate different scenarios and likely outcomes. We often call it prescriptive modelling because we can determine, a.k.a prescribe, the best course of action without living through all of the options. This approach is often used in decision science and was used extensively during the COVID-19 pandemic.

My favorite definition of data science says that ‘data science is the discipline of making data useful’. Data science is an umbrella term and if psychohistory was real, it would probably be covered by that umbrella.

Also, if anyone is interested, now there is a TV adaptation out there on the Foundation series!

Create your free account to unlock your custom reading experience. 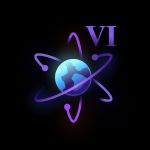 I Built An SEO Content Software And Made $5k in a month: A Case-Study

Bitcoin’s Taproot Upgrade: A Cautious Step in the Right Direction

Did you know about the Terminal Reader App by Hackernoon?